Alignment of the Global Food Supply with Dietary Guidelines

Why focus on this topic?

FAO/WHO have encouraged national governments to create food-based dietary guidelines (FBDGs) to support healthy diets. However, little is known about the extent to which food supply composition aligns with FBDGs, thereby structurally supporting or undermining population-level adherence. It is also unclear how this alignment has evolved over time. The aim of this study was to determine to what extent the global food supply aligns with FBDGs, and to examine historical trends.

How was the research done?

Descriptive time series analysis of food supply alignment (FSA), 1961–2013. FSA was characterised as a ratio dividing country-level food supply data by FBDG across four food groups: fruit and vegetables (FV); sugar (SU); fish and seafood (FS); and red and processed meat (RP). FBDG data was collected from guidance produced by international bodies, and from countries with published FBDGs. The food supply was estimated using yearly FAOSTAT data. A population-weighted average of this ratio was created for all countries included in the analysis, and stratified by region and country income.

What did we find and why does it matter?

As of 2013, food supplies were not aligned with national and international FBDGs and misalignment persisted across five decades with subtantial variation in trends based on geography and country income. The long running nature of these trends suggest that the transition toward sustainable and healthful food systems represent a signifiant global challange. Additionally, acknowledging the degree of misalignment between macro-level structural factors, such as the composition of the food supply, in relation to national or global food policy aims may further aid efforts for population level adherence. 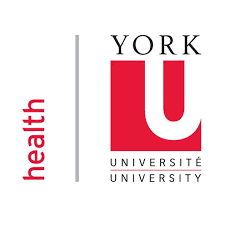